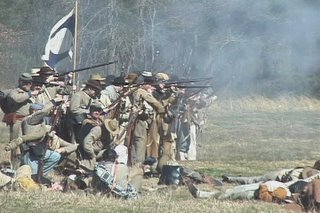 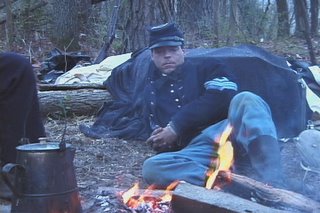 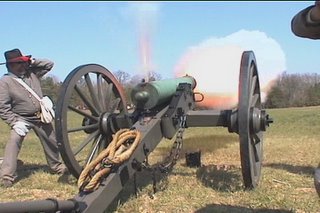 1865 House passes the 13th Amendment.
The U.S. House of Representatives passes the 13th Amendment to the Constitution, abolishing slavery in the United States. It read, "Neither slavery nor involuntary servitude...shall exist within the United States, or any place subject to their jurisdiction."
Just for your information, the last 3 states to ratify the 13th Amendment were Delaware (Feb. 12, 1901), Kentucky (March 18, 1976), and Mississippi (March 16, 1995)
Mississippi ratified the amendment, but because the state has never officially notified the US Archivist, the ratification is not official. 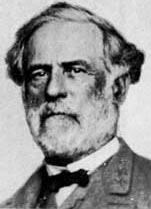 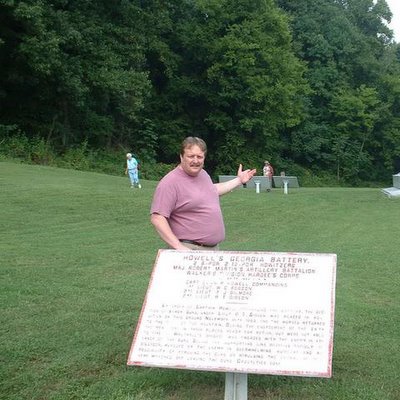 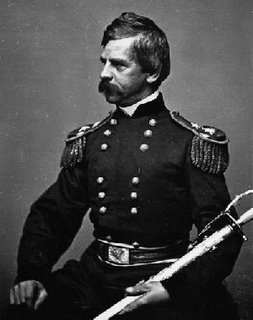 
Union General Nathaniel Banks is born in Waltham, Massachusetts. Banks was a "political general"--he had few military skills, but as an anti-slave Republican from Massachusetts, he helped the Lincoln administration maintain support in that region.
After the war, Banks served two more stints in Congress and also spent time as a U.S. Marshall. He was serving in Congress when he died in 1894.  ¶ 1/30/2006 08:31:00 AM 8 comments 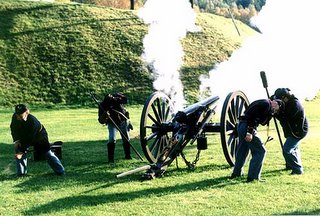 
Kansas is admitted to the Union as free state. It was the 35th state to enter the Union. The struggle between pro- and anti-slave forces in Kansas was a major factor in the eruption of the Civil War.

In 1854, Kansas and Nebraska were organized as territories with popular sovereignty (popular vote) to decide the issue of slavery. There was really no debate over the issue in Nebraska, as the territory was filled with settlers from the Midwest, where there was no slavery. In Kansas, the situation was much different. Although most of the settlers were anti-slave or abolitionists, there were many pro-slave Missourians lurking just over the border. When residents in the territory voted on the issue, many fraudulent votes were cast from Missouri. This triggered the massive violence that earned the area the name "Bleeding Kansas." Both sides committed atrocities, and the fighting over the issue of slavery was a preview of the Civil War.

Kansas remained one of the most important political questions throughout the 1850s. Each side drafted constitutions, but the anti-slave faction eventually gained the upper hand. Kansas entered the Union as a free state, but the conflict continued in Kansas into the Civil War. The state was the scene of some of the most brutal acts of violence during the war. One extreme example was the sacking of Lawrence in 1863, when pro-slave forces murdered nearly 200 men and burned the anti-slave town.  ¶ 1/29/2006 08:47:00 AM 8 comments 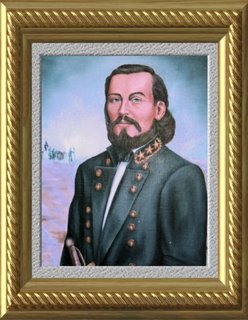 Confederate General Thomas Carmichael Hindman is born in Knoxville, Tennessee.
When the war began, Hindman raised his own regiment and led it as a colonel. He was soon promoted to general and he raised an army of 18,000 from Arkansas. His tenure as commander in Arkansas was stormy. Hindman declared martial law, imposed price controls, and enforced conscription. After his force was stopped at Prairie Grove in December 1862, Hindman was reassigned to the Army of Tennessee. He fought at Chickamauga and Atlanta, and was wounded twice. Hindman's law partner when he was a civilian was was Patrick Cleburne, who also became a Confederate General and was killed at the Battle of Franklin, TN.  ¶ 1/28/2006 09:43:00 AM 8 comments


President Lincoln issues General War Order No. 1, ordering all land and sea forces to advance on February 22, 1862. This bold move sent a message to his commanders that the president was tired of excuses and delays in seizing the offensive against Confederate forces.  ¶ 1/27/2006 10:26:00 AM 10 comments

General Joseph Hooker assumes command of the Army of the Potomac following Ambrose Burnside's disastrous tenure. Lincoln hoped Hooker could defeat Confederate General Robert E. Lee. It was a tall order, though, and Hooker was not up to the challenge. In May 1863, Hooker clashed with Lee at the Battle of Chancellorsville, and the Union army suffered a decisive and stunning defeat. Lincoln's search for an effective commander continued, and he eventually replaced Hooker with George Meade. 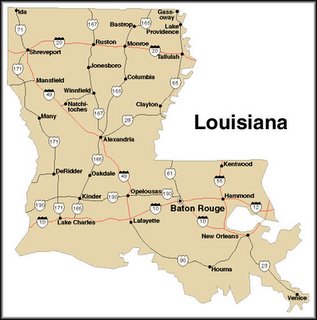 24 January 2006
hey and thanx Thanx for the invite. As you can see I did not delete it this time...haha. See ya in class on Thrusday.

The Confederate Congress agrees to continue prisoner exchanges, opening a process that had operated only sporadically for three years.  ¶ 1/24/2006 06:43:00 AM 4 comments

Ken Burn's "The Civil War" If getting to the Freel Library is tough, or you can not stand the thought of viewing this miniseries on a small 13" screen with headphones that only work on one side, I would be willing to bring my copies of the series to a more appropriate location for a mass viewing. If any of you have an idea, or would like to offer the location, get in touch with me in class, or at 662-2213, or by email at fifthnycav@yahoo.com  ¶ 1/23/2006 10:27:00 AM 9 comments

21 January 2006
New Website To Study Lincoln On February 12, 2006, a new comprehensive website devoted to the study of the Lincoln Administration, starting with the Presidential election of 1860, and ending with the Assassination of Lincoln and the Trial of the
Conspirators will be launched.
This blog would like to invite the readers of this blog
to surf the subscription segment of the site. Below are the
instructions for logging in. This access will be available until
February 12.

You will be redirected to a subscription/registration page, and there just click the pulldown menu, and select "register", and click go. That will take you into the site.  ¶ 1/21/2006 10:10:00 PM 0 comments 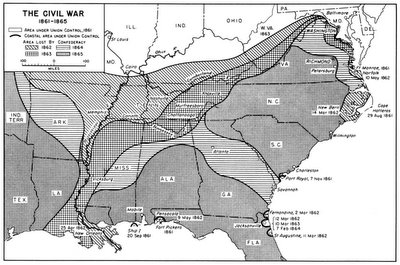 Premier THis is "Andy's Civil War Blog", to be used as a companion and reference guide to HIST 320-02, "Topics in History: The Civil War" being taught by Professor Dr. Frances Jones-Sneed at the Massachusetts College of Liberal Arts.  ¶ 1/21/2006 09:28:00 AM 9 comments