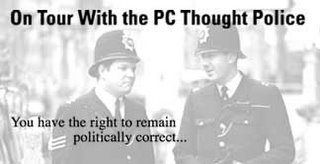 GETTYSBURG, Pennsylvania (Reuters) -- The National Park Service has
embarked on an effort to change its interpretive materials at major
Civil War battlefields to get rid of a Southern bias and emphasize
the horrors of slavery.

The project seems particularly relevant following the furor over
Republican Sen. Trent Lott's recent remarks seeming to endorse racial
segregation, which forced many Americans to revisit one of the uglier
chapters of the nation's history.

Nowhere is the project more striking than at Gettysburg, site of the
largest battle ever fought on American soil, where plans are going
ahead to build a new visitors center and museum at a cost of $95
million that will completely change the way the conflict is presented
to visitors.

"For the past 100 years, we've been presenting this battlefield as
the high watermark of the Confederacy and focusing on the personal
valor of the soldiers who fought here," said Gettysburg Park
Superintendent John Latschar.

"We want to change the perception so that Gettysburg becomes known
internationally as the place of a 'new rebirth of freedom,'" he said,
quoting President Abraham Lincoln's "Gettysburg Address" made
November 19, 1863, five months after the battle.

"We want to get away from the traditional descriptions of who shot
whom, where and into discussions of why they were shooting one
another," Latschar said.

When it opens in 2006, the new museum will offer visitors a narrative
of the entire Civil War, putting the battle into its larger
historical context.

Latschar said he was inspired by the U.S. Holocaust Memorial Museum
in Washington, D.C., which sets out to tell a story rather than to
display historical artifacts behind glass cases.

"Our current museum is absolutely abysmal. It tells no story. It's a
curator's museum with no rhyme or reason," Latschar said.

It is also failing to preserve the 700,000 items in its collection,
including 350,000 maps, documents and photographs, many of which were
rotting away or crumbling into dust until they were put into
temporary storage.

In 1998, he invited three prominent historians to examine the site.
Their conclusion: that Gettysburg's interpretive programs had
a "pervasive southern sympathy."

The same was true at most if not all of the 28 Civil War sites
operated by the National Parks Service. A report to Congress
delivered in March 2000 found that only nine did an adequate job of
addressing slavery in their exhibits.

Another six, including Gettysburg, gave it a cursory mention. The
rest did not mention it at all. Most parks are now trying to correct
the situation.

Park rangers and licensed guides at Gettysburg and other sites have
already changed their presentations in line with the new policy. Now,
park authorities are looking at brochures, handouts and roadside
signs.

According to Dwight Pitcaithley, chief historian of the National Park
Service, the South had tremendous success in promoting its "lost
cause" theory.

The theory rested on three propositions: that the war was fought
over "states' rights" and not over slavery; that there was no
dishonor in defeat since the Confederacy lost only because it was
overwhelmed by the richer north; and that slavery was a benign
institution and most slaves were content with their lot and faithful
to their masters.

"Much of the public conversation today about the Civil War and its
meaning for contemporary society is shaped by structured forgetting
and wishful thinking," he said.  ¶ 2/24/2006 09:31:00 AM

Comments:
Hi -- I don't know if you guys mind me commenting or not, but I have a little essay on the Gettysburg Address that I like to share. The scholars I'm working from are not terribly fashionable nowadays, and the essay is a bit worshipful of Lincoln, the latter being a tendency both Southern apologists & other contemporary scholars don't particularly share.

Oh well. It's my job to advertise/present, and if you feel this comment is spam, feel free to delete it.