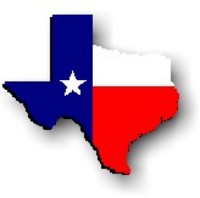 Texas becomes the seventh state to secede from the Union when a state convention votes 166 to 8 in favor of the measure.

The Texans who voted to leave the Union did so over the objections of their governor, Sam Houston. The hero of the Texas War for Independence was in his third term as the state's chief executive; a staunch Unionist, his election seemed to indicate that Texas did not share the rising secessionist sentiments of the other southern states.  ¶ 2/01/2006 07:20:00 AM

Article extraordinary interest, may be useful for many people