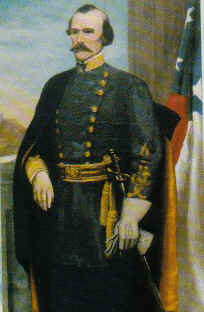 Confederate General Albert Sidney Johnston is born in Washington, Kentucky. Johnston was considered one of the best Confederate commanders until he was killed at Shiloh, the first major engagement in the west.

Johnston and Union General James McPherson were the only two army commanders killed in action during the Civil War. Johnston's death left a void in the leadership of the western armies that was never effectively filled.  ¶ 2/02/2006 12:01:00 AM