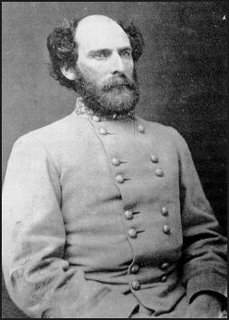 Ransom attended West Point, graduating 18th out of 44 in 1850. For the next decade, he served on the frontier and as an instructor at his alma mater. Ransom was in Kansas during the violent clashes between pro- and anti-slave forces after the creation of the territory in 1854. He was a captain when North Carolina seceded in April 1861, receiving the same rank in the Confederate cavalry.

Within a year, Ransom was a brigadier general serving in North Carolina, where he saw action against Union coastal raiders near Goldsboro. He was transferred to Virginia to defend Richmond, and his unit fought during the Seven Days battles in June and July 1862. Ransom commanded a brigade at Antietam in September, and a division at Fredericksburg in December. He returned to command troops in North Carolina in early 1863 and earned a promotion to major general. He next commanded the District of Southeast Virginia, where his troops guarded the railroads serving the capital at Richmond.

Ransom went to Tennessee in the fall of 1863 with General James Longstreet during the attempt to save Tennessee from the Yankees. He fought at Chickamauga and the Knoxville campaign with Longstreet before returning to command the Richmond defenses in 1864. He commanded a force that faced Union General Benjamin Butler southeast of the city, and his leadership helped bottle Butler's force inside of a bend in the James River called the Bermuda Hundred. That summer, Ransom served with General Jubal Early during the Shenandoah Valley campaign. He ended the war commanding troops at Charleston, South Carolina.