Our thanks to Dea. Samuel Ingalls for Liverpool papers per the Steamer Asia.


TO THOSE CLAIMING EXEMPTION FROM THE DRAFT-
The following surgeons have been appointed by General Order No. 42, of the Governor, for Berkshire County, to hear and determine upon the excuses of persons claiming to be exempt from military duty:
Drs. T. Childs, Pittsfield; H.L. Sabin, Williamstown; N.S. Babbitt, North Adams; C.T. Collins, Great Barrington; C.C. Holcomb, Lee. Exemptions claimed for disability for the draft must be signed by and procured of one of the above named surgeons, - all other certificates of exemption being worthless.

S.V.R. Daniels, the flour merchant of Pittsfield, has gone to the war as assistant to Dr. T. Childs.

The man who thinks more of his dollars than he does of the Union, has no business to live in a free country. To endow such a creature with the privileges of liberty would be to throw pearls before swine. The men of this stamp in this vicinity will be marked by the people.

Wm. Pratt of Hoosick, after enlisting and receiving his bounty money, ingloriously ran away. He has been lurking around about this village. Parties are looking him up. 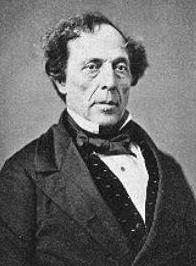 
A REBEL CARBINE-
Samuel Lee of this village, a member of the 27th Mass. Band, just discharged from the service, has returned home. Our thanks are due Lt. J.B. Joslyn, Co. H. of the above regiment, for the rebel carbine, captured at the affair at French's Creek. The arm was manufactured at Harper's Ferry, and bears the date of 1834. It is probably one of the arms stolen by the arch thief Floyd, and is breech-loading  ¶ 3/22/2006 03:34:00 PM