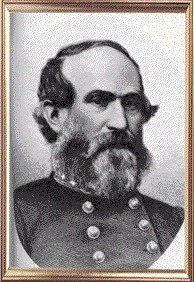 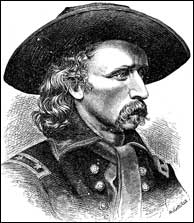 The Shenandoah Valley was the scene of many battles and skirmishes during the Civil War. It was located directly in the path of armies invading from the south--as Confederate General Robert E. Lee did during the 1863 Gettysburg campaign-and the north. The fertile valley could sustain armies, and the gentle terrain allowed for rapid troop movement. In 1862, Confederate General Thomas J. "Stonewall" Jackson staged a brilliant campaign in the Shenandoah Valley, defeating three Yankee armies with quick marching and bold attacks. In 1864, Early drove through the valley to threaten Washington, D.C., as he tried to relieve pressure on Lee, who was pinned down near Richmond.

That fall, General Ulysses S. Grant, the Union commander, dispatched General Philip Sheridan to stop Early. At Cedar Creek on October 19, Sheridan achieved his goal. The Confederates were soundly defeated, but the remnants of Early's force lingered at the southern end of the valley through the winter of 1864 and 1865. Grant ordered Sheridan to move further west and destroy a railroad in southwestern Virginia. As Sheridan marched from the valley, Early sent a few hundred cavalry under General Thomas Rosser to block his path. On March 1, Rosser set fire to a bridge along the middle fork of the Shenandoah River, but Custer, leading the advance units of Sheridan's army, charged across the burning span and extinguished the fire before the bridge was destroyed.

The next day, Custer followed Sheridan's orders and chased down the bulk of Early's force, which numbered about 2,000. Custer and about 5,000 troops found the Confederates entrenched along a ridge near Waynesboro. Part of the Yankee army shelled the Rebel position, while the rest slipped undetected through some woods that stood between Early's line and the South River. Custer gave the order in the late afternoon, and the Union troops stormed out of the woods and swarmed over the Confederate trenches from the rear. In a short time, 80 percent of the Confederates were captured and only nine Federal troops were killed. Early and his staff narrowly escaped over the Blue Ridge Mountains, marking the end of the Confederate presence in the Shenandoah Valley.  ¶ 3/02/2006 10:04:00 AM