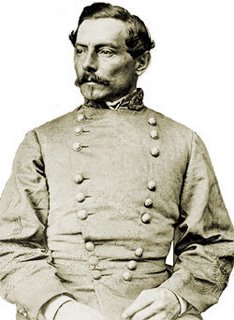 Beauregard was born at the "Contreras" plantation in St. Bernard Parish, outside of New Orleans, Louisiana, to a white Creole family. His nickname to many of his army friends was The Little Creole (and also Bory, The Little Frenchman, Felix, and The Little Napoleon). He trained at the United States Military Academy at West Point, New York, graduating in 1838, and excelled both as an artilleryman and military engineer. He served as a engineer under Winfield Scott during the Mexican-American War. There, he was brevetted to captain for the battles of Contreras and Churubusco and again to major for Chapultepec, where he was wounded in the shoulder and thigh in 1847. Although little is known of his married life, he was the brother-in-law of future Confederate diplomat John Slidell.

Beauregard briefly entered into politics in his home town, and was narrowly defeated in the election for Mayor of New Orleans in 1858. He was chief engineer in charge of draining New Orleans from 1858 to 1861, and directed the building of the Federal customs house. He then returned to teach at West Point, where he rose to become the superintendent of the Military Academy in January 1861, but resigned after only a few days when Louisiana seceded from the Union.


Beauregard entered the Confederate Army as a brigadier general in March of 1861, but was promoted on July 21 to be one of the eventual eight full generals in the Confederate Army; his date of rank made him the fifth most senior general. He recommended stationing strong forces to protect New Orleans, but was overruled by President Jefferson Davis; this started friction between Beauregard and Davis that would only intensify as years progressed.

Beauregard's first assignment from the Confederate Government was command of the forces in Charleston, South Carolina, where on April 12, 1861, he opened fire on the Union-held Fort Sumter, regarded as the start of the American Civil War. He and General Joseph E. Johnston led Confederate forces to victory in the First Battle of Bull Run (First Manassas), where they defeated Maj. Gen. Irvin McDowell, one of Beauregard's West Point classmates. During the First Battle of Bull Run, he employed Quaker Guns, something he would use in numerous other battles.

Beauregard was transferred to Tennessee and assumed command of Confederate forces at the Battle of Shiloh when General Albert Sidney Johnston was killed. Although successful the first day of battle, April 6, 1862, Beauregard called off the attack prematurely, assuming that the Union army was defeated. He was forced to retreat the second day after Maj. Gen. Ulysses S. Grant was reinforced and counterattacked. Beauregard later was forced to retreat from his base of supplies, Corinth, Mississippi, by forces under Maj. Gen. Henry W. Halleck.

Beauregard successfully defended Charleston, South Carolina, from repeated Union attacks 1862–1864. In 1864, he assisted Robert E. Lee in the defense of Richmond, Virginia, defeating Benjamin Butler in the Bermuda Hundred Campaign near Drewry's Bluff. Success against Butler, his most impressive military victory, caused grandiose thoughts to fill his mind. He proposed to Lee and Jefferson Davis that he lead a great invasion of the North, defeating Grant and Butler, and win the war. Undoubtedly to remove him as an irritant to Lee in Virginia, Beauregard was appointed commander of Confederate forces in the West. Since all of his forces were engaged elsewhere (in Tennessee, Alabama, and Mississippi), he had insufficient resources to halt the superior Union forces under William T. Sherman in their march to the sea. He and Joseph E. Johnston surrendered to Sherman in North Carolina in April 1865. 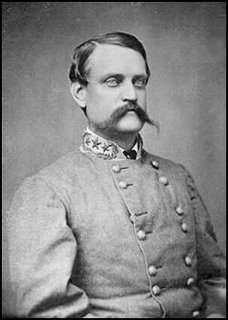 General John C. Breckinridge takes control of Confederate forces in the Appalachian Mountains of western Virginia. The Kentuckian was a former senator and had been the vice president of the country and the runner-up to Abraham Lincoln in the 1860 presidential election. Breckinridge took over the obscure Western Department of Virginia, where he managed forces until he was elevated to the Confederacy's Secretary of War in the closing weeks of the conflict.

Born in 1821, Breckinridge graduated from college when he was 17 years old. He served in the military during the Mexican War and was elected to the U.S. House of Representatives at age 30. In 1856, Breckinridge became the youngest vice president when he was elected with James Buchanan at age 35. In 1860, he represented the southern wing of the Democratic Party, which had split during the convention over the issue of slavery. He finished third in the popular vote behind Lincoln and Stephen Douglas, who represented the northern Democrats, but he received 72 electoral votes to finish second behind Lincoln. Although he lost the White House, his state legislature selected him as senator shortly after the election.

During the summer of 1861, Breckinridge remained in the senate, supporting secessionists views as the war escalated. In September, Kentucky declared itself a Union state. Having literally become a man without a country, Breckinridge fled to the Confederacy and joined the army. He was made commander of the Orphan Brigade, a collection of Kentucky regiments with soldiers who found themselves geographically cut off from their native state. His unit suffered 34 percent casualties at the Battle of Shiloh, but went on to fight at most of the battles in the western theater.

After taking control of the Western Department of Virginia, Breckinridge led forces at the Battle of New Market in May 1864, where his army routed a Union force. In October, troops in his department were victorious at the Battle of Saltville, but the victory was tarnished when the Confederates began massacring black soldiers during the Union retreat. Breckinridge also served during Jubal Early's 1864 Shenandoah Valley campaign.

On February 6, 1865, Confederate President Jefferson Davis tapped Breckinridge to be Secretary of War. He showed great ability in that capacity, but the Confederate cause had become hopeless. Breckinridge oversaw the evacuation of Richmond in March and fled southward with Davis. Unlike Davis, however, Breckinridge successfully escaped the country through Florida and into Cuba. Joined by his family, Breckinridge stayed for four years in Europe before a presidential pardon allowed him to return to Kentucky. He worked as a lawyer until his death in 1875.  ¶ 3/05/2006 08:17:00 AM