Looks like I'll be off to Leesburg, VA next weekend at the invitation of Inecom Entertainment to attend "Behind the Scenes with Horses of Gettysburg." The event is intended to give audiences an inside look at the documentary, a chance to learn about producing films today and little-known details about working with live animals in films. The DVD "Horses of Gettysburg" commemorates the honor and courage of the 72,000 horses and mules that participated in the Battle of Gettysburg. Director/Producer Mark Bussler is quoted as saying that "The film appeals to anyone who is passionate about horses or wants to learn more about the Civil War and American History."

Admission is free but seating is limited so if you can get there, reserve your ticket by contacting the Leesburg Bookstore or All the King's Horses ASAP. 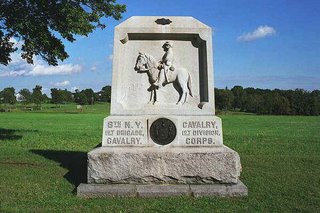 National Park Service officials at Gettysburg National Military Park are seeking for information in relation to a hit-and-run accident involving the monument placed in honor of the 8th New York Cavalry, which is located on South Reynolds Avenue on the battlefield. The incident occurred sometime late on the night of May 20 - 21, 2006. Law Enforcement Rangers have recovered parts from the automobile believed to be involved from the scene, and believe it to be a mid-1990s red Ford Mustang. The vehicle being sought may show damage on right side of the front area, including the headlight. Damage to the stone 8th New York Cavalry monument was minor. Anyone with information is asked to call 717/ 334-0909.

The 8th New York Cavalry, also known as the "The Rochester Regiment" and "The Crooks Cavalry Regiment," was organized at the Rochester, NY fairgrounds and mustered into service between November 23-28, 1861 and October 4, 1862, as a three-year regiment. At Gettysburg, as part of Buford's Division, they formed the forward skirmish line, bravely fighting for nearly three hours before falling back to the main battle line on McPherson's Ridge on Day 1. Other major engagements the 8th were a part of were Winchester, Antietam, Upperville, Barbee's Cross Roads, Beverly Ford, Locust Grove, Hawe's Shop, Wilson's Raid, White Oak Swamp, Opequan, Cedar Creek, and the Appomattox Campaign.  ¶ 5/30/2006 11:54:00 AM 6 comments 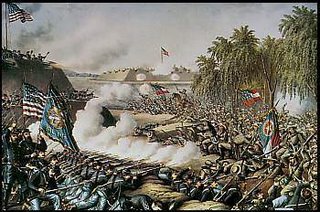 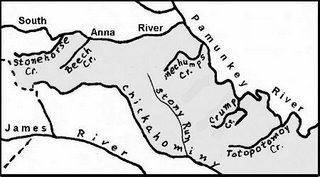 Civil War News Roundup Civil War memorials in Sullivan get their due with plaque, restoration(IL) 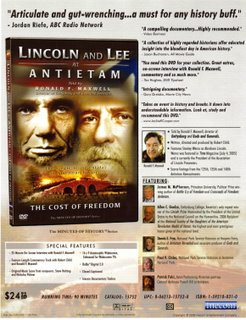 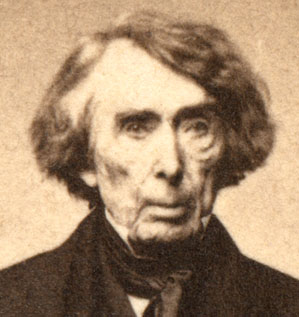 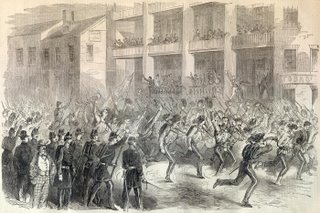 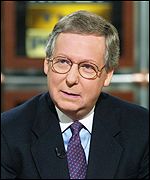 Prosecution of a politically-connected developer who destroyed irreplaceable Confederate breastworks in a national park has been hampered by the intervention of a powerful U.S. Senator and the Deputy Director of the Park Service who bought a condominium in the development, according to agency documents released today by Public Employees for Environmental Responsibility (PEER). The case was finally settled, more than four years after the violation, for far less than had been originally assessed and only after the behind-the-scenes lobbying was threatened with exposure.

On July 11, 2001 a National Park Service (NPS) ranger discovered that an employee of Fawn Lake, a real estate development in Fredericksburg, Virginia, damaged approximately a half acre (24,000 sq. ft.) of Confederate earthworks on Longstreet Drive in the Wilderness Battlefield portion of the Fredericksburg and Spotsylvania National Military Park.

Fawn Lake is a golf-course community of 1,400 luxury condominiums, ranging from $700,000 to $1.4 million, whose website touts that “the land surrounding Fawn Lake is rich in Civil War history.” It is a project of NTS Development Company, headquartered in Louisville, Kentucky, whose President and CEO is Brian Lavin, a campaign contributor to Senator Mitch McConnell (R-KY), the Majority Whip.

Two years earlier, in July 1999, NTS had destroyed 100 feet of Confederate earthworks. Despite the intervention of Sen. McConnell, NTS paid $60,000 in a settlement of a $96,000 assessment brought by the Park Service. For the more serious repeat violation in 2001, NPS asked for a considerably bigger fine.

This time around, however, Sen. McConnell had an inside ally, NPS Deputy Director Don Murphy, who lives in Fawn Lake and is a member of its homeowner’s association. Staff from Sen. McConnell’s office contacted the NPS Office of Legislative and Congressional Affairs, headed by a Bush political appointee named Jeff Taylor. In a series of meetings and phone conversations, McConnell’s staff, Murphy, Taylor and lawyers for NTS focused on how to reduce, or possibly waive, the monetary damages.

These “negotiations” excluded agency lawyers and the historical resource specialists who would normally handle such matters and were to culminate in one last meeting, on September 29, 2005. As that date neared, two things happened to derail it: NPS staff started voicing objections and PEER submitted the first of two Freedom of Information Act requests to uncover the details of NTS’ longstanding resistance to accepting liability. Murphy stepped aside and the meeting was rescheduled with government lawyers present. In December 2005, NTS finally agreed to pay a reduced fine of $88,300.

“This is a textbook case of political string-pulling to impede protection of our heritage resources,” stated PEER Executive Director Jeff Ruch, noting that the Park Service is still withholding an estimated 40 pages of the most sensitive communications about the case. “Only the threat of exposure caused the cockroaches to scuttle, allowing a watered-down approximation of justice to occur.”  ¶ 5/24/2006 08:16:00 AM 8 comments 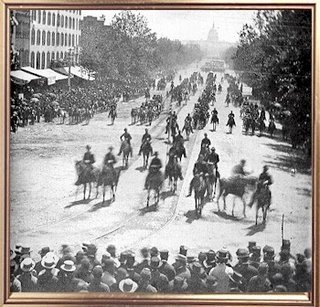 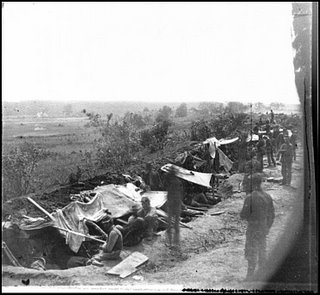 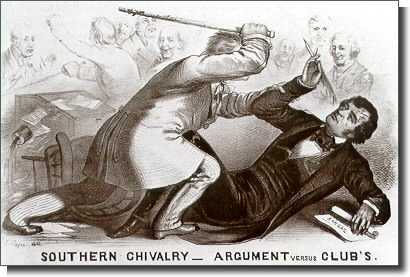 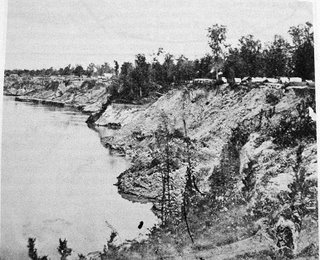 My Apologies Sorry about the lack of posts the last couple of days. Real life got in the way. My son, Seth, a senior at Drury High School here in North Adams, MA, competed in the Berkshire County Track & Field meet, held at Williams College yesterday. He is the county champ in the 110 meter hurdles, and placed 3rd in the 300 meter hurdles, 4th in the Triple Jump, and 7th in the Long Jump. Now it's on to the Western Massachusetts Track & Field meet next weekend to be held at Holyoke (MA) High School. I'll keep you posted...  ¶ 5/21/2006 08:52:00 AM 4 comments 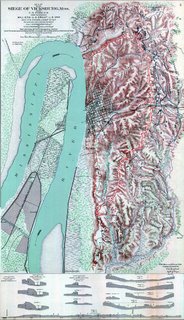 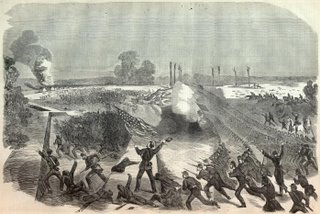 16 May 2006
Changes A few changes in the offering. I have gone to a new template in anticipation of some upcoming business changes in "Strike the Tent..." and to open up the spacing a bit more. As I play around with it over the next couple of weeks, I sshould be able to get it right eventually. Bear with me, folks...  ¶ 5/16/2006 03:06:00 PM 6 comments 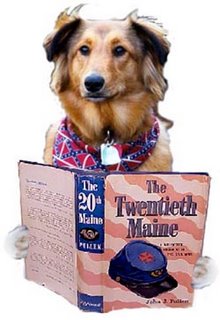 I was saddened to learn of the impending closing of the 20th Maine retail store in Freeport, Maine. It was usually the first stop on our journeys to L.L. Bean. I wish Pat & Ron Hodgdon all the best, good luck with the continuation of the catalog sales, and give Dixie a biscuit for me! Ironically, it was just yesterday that I broke my cherrywood cannon bookmark I received as a gift, purchased at the store in 2001.  ¶ 5/16/2006 08:42:00 AM 4 comments 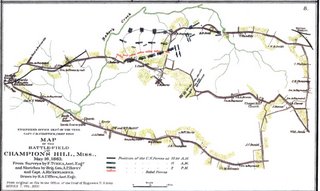 15 May 2006
Park Service Raising Fees, Cutting Services Millions of visitors to national parks across the country this summer will find higher fees, closed facilities, reduced maintenance and fewer rangers to explain the natural wonders because of the squeeze of tight budgets. Looks like I might need a new career goal...  ¶ 5/15/2006 09:50:00 AM 4 comments

A Couple of Changes A couple of changes to pass along. I have added a link area for Living History Units, with the first two being the 19th U.S. Regulars, and the 154th New York. If you want your unit added, send me an email with your URL and I will be glad to add it. I have also expanded the front page from 7 to 30 days. I had a few emails asking if I could do that, and I am glad to oblige.  ¶ 5/15/2006 08:48:00 AM 4 comments 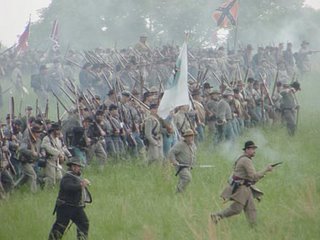 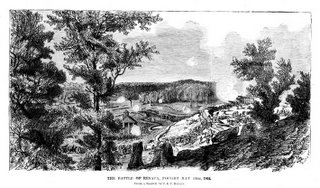 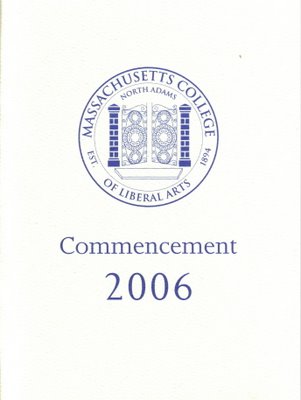 Next Up: MMH, Norwich University Master of Military History

This current and topical program delivers far more than just a study of American military history. Using the common threads woven between history, conflict, and humanity, the curriculum emphasizes objective analysis and critical thinking - qualities invaluable in business, teaching, government, and military work. You will graduate from this program with a sophisticated understanding of the framework through which many aspects of historical events and human behavior can be understood. 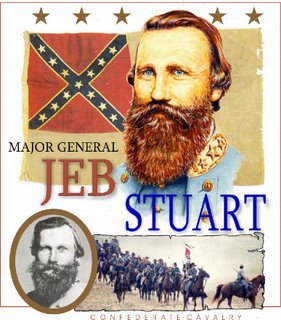 1864 - The middle of May was the unluckiest period for the Confederacy. Yesterday was the 143 anniversary of the death of Jackson, and today, Confederate Cavalry General J.E.B. Stuart is mortally wounded. Should have shut down operations during this time...  ¶ 5/11/2006 06:49:00 AM 4 comments 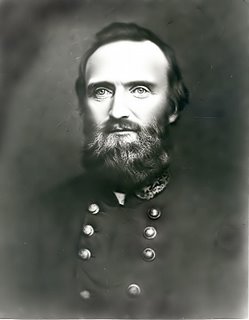 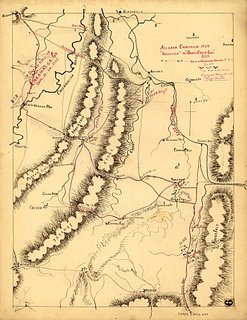 08 May 2006
No "Last Full Measure" Some unwanted news from "Jeff Shaara.com...This may be old news to some, but I just became aware of it today...

REGARDING "THE LAST FULL MEASURE":

Many of you have written, asking if the film version of this book is being produced, to complete the Civil War trilogy. Unfortunately, because of the poor box office results for "Gods and Generals", Ted Turner has dropped all plans to finance a film version of "Last Full Measure". Someone else may yet step forward, but so far, no one in Hollywood has shown interest. Despite the many rumors to the contrary, I'm sorry to say that no film is now in the works. 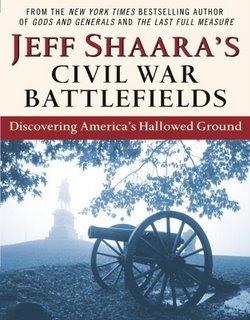 In a pleasant departure from his novels, Jeff writes a non-fiction book taking a look at ten of the most emotional Civil War sites, explaining in easy terms the history of what occurred there, why the events that happened there were important, and my favorite parts, what you should see and experience there when you make your visit there today. The sites here highlights in his book are: 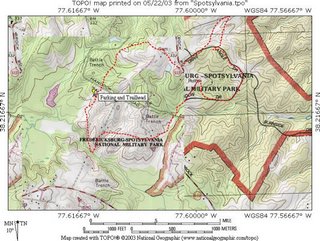 06 May 2006
New Blog, and an Apology Thanks to Mike Koepke over at Mike's Civil War Musings, I can add another Civil War themed blog to the mix. "Seeing the Elephant" (recreated) joins the ever-growing list. Welcome Aboard! My apologies are to all who read here, as I have added a donation icon in the link row to the right. Graduation is next weekend, I have no full time work yet, so I'm just throwing it in there. I promise it goes away as soon as full-time work is found. If you feel this blog is worth a little, you can give me a temporary hand keeping it going. I would really rather you all just keep showing up here, reading and encouraging me. Thanks...  ¶ 5/06/2006 02:45:00 PM 9 comments

Road trip to 1863: For Civil War tourism, the address is Gettysburg (PA)

Interesting to note that the Rapidan, which flows from the Blue Ridge Mountains into the Rappahannock River, is named from a combination of the word "rapids" with the name of Queen Anne of England. It's also one of the top 5 trout fishing waters in Virginia.  ¶ 5/04/2006 07:32:00 AM 4 comments

03 May 2006
"Strike The Tent..." Flies Solo The semester is over, I have only 1 final exam (two, if you count the optional "Intro to Psychology") and I am finishing up a couple of papers that are due on Saturday. Graduation is on May 13th. I've picked up my honor cords from Alpha Lamda Delta (Freshman Honors) and from Phi Alpha Theta (History Honors.) I am taking this opportunity to thank the rest of my "Topics: The Civil War" class for their encouragement and contributions. The blog is going solo now. It's just me and the Civil War. Hopefully, I can have a bit more time to really put a little more personal commentary and writings on here, and not rely on other sources so much. Of course, that all depends on the employment I can find, and my wife says I must find some. Thanks to the first 1,000 visitors, and I look forward to continued blogging for a long, long time.  ¶ 5/03/2006 10:23:00 AM 4 comments 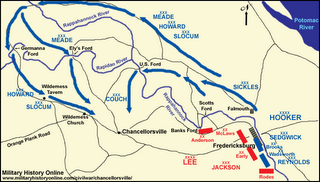