Bay Staters on the battlefield. (MA)

Postings Sorry about the lack of posts over the last week. I have started a new job with the Massachusetts Department of Conservation and Recreation that has been filling up my schedule. I'll be updating everything today, I promise.  ¶ 6/20/2006 08:38:00 AM 4 comments

13 June 2006
Two DVD Box Sets Honor the Battle of Gettysburg From my friends at Inecom Entertainment, some exciting news:

In honor of the 143rd anniversary of the Battle of Gettysburg on July 1-3, 2006, Inecom Entertainment Company presents two 2-DVD Box Sets from Director Mark Bussler - "Gettysburg and Stories of Valor" narrated by Keith Carradine (HBO's "Deadwood") and "Horses of Gettysburg" narrated by Ronald F. Maxwell (director of the epic films "Gettysburg" and "Gods and Generals"). Distributed nationwide, the DVDs are available at video stores, Internet retailers, educational and institutional distributors and large retail chains such as Borders.


"Gettysburg and Stories of Valor" contains 30 unique stories that capture the scenic beauty of the Gettysburg battlefield, examine rare Civil War artifacts and reveal the personal stories of the men who fought there.

A one-hour version of the film is currently airing nationwide on public television in both standard and high-definition formats. "Gettysburg and Stories of Valor Public Television Edition" is presented by Penn State Public Broadcasting (PSPB) and distributed by American Public Television (APT). The film will air nationally in high-definition on the following June dates (check local listings):


Blake A. Magner of "The Civil War News" says the film is, "Highly recommended."

"Horses of Gettysburg" captures the relationship between soldiers and their horses on the battlefield. Filmed in high-definition with charging horses, period photos, battlefield panoramas and no "talking heads," this cinematic documentary tells the story of the estimated 72,000 horses and mules that fought at the Battle of Gettysburg. It celebrates the forgotten heroes of the Civil War and their critical role in shaping the United States of America that we live in today.

"We have DVDs covering Civil War battles, its leaders, prison camps, etc. It's about time the animals of the Civil War got their due," says Mike Koepke, "Mike's Civil War Musings."

On Saturday, June 10, 2006, Narrator Ronald F. Maxwell (director of the epic films "Gettysburg" and "Gods and Generals") and Director Mark Bussler will present "Behind the Scenes with Horses of Gettysburg," a screening of select chapters and discussion on the making of the film in historic Leesburg, Virginia. For the most up-to-date information about this event, visit www.HorsesofGettysburg.com/events.

In addition to these DVD Box Sets, the award-winning "Lincoln and Lee at Antietam - The Cost of Freedom" DVD is available for sale and will also air nationally in high-definition on public television in July. Narrated by Ronald F. Maxwell (director of "Gettysburg" and "Gods and Generals") and written, directed and produced by multiple-award winner Robert Child ("Gettysburg: Three Days of Destiny" and "Gettysburg: The Boys in Blue and Gray"), this film vividly brings to life the story of America's fight for freedom during the bloodiest day in American History.

The film will air nationally in high-definition on the following July dates (check local listings):

Since 2001, Inecom has released eight feature documentaries and multiple instructional films for U.S. and international distribution including "Lincoln and Lee at Antietam - The Cost of Freedom" and "Horses of Gettysburg," both narrated by Ronald F. Maxwell, "Johnstown Flood" narrated by Richard Dreyfuss and "EXPO - Magic of the White City" narrated by Gene Wilder. Inecom's upcoming productions include "Winters of War", "The Clara Barton Story" and "World War 1 - American Legacy."  ¶ 6/13/2006 08:32:00 AM 6 comments

Civil War Reenactment in Rockville (IN)

10 June 2006
New Books (To Me) I received a Barnes & Noble gift card from my older sister as a graduation gift, and it's been burning a hole on my wallet ever since. I got the chance on Thursday to make the trek (20 miles) to the nearest B&N, and came away with two new additions to my library. A hardcover edition of John D. Billings' "Hard Tack and Coffee" was a nice find at $9.98. First published in 1888, "Hard Tack And Coffee" is Billings' absorbing first-person account of the everyday life of a U.S. Army soldier during the Civil War. It looks to be a good choice. The other book I purchased was "Never Call Retreat," by Newt Gingrich and William Forstchen. I paid $14.95 for a softcover edition. I have the first two books by these gentlemen, and have been yearning for this one for a while. I'm generally not a big fan of reading alternate Civil War histories, because I have found that if you read too many, facts and fiction begin to blend and sometimes you're not sure what the real story was in your own mind. I always read these books with an open mind, and try to re-read the actual events as soon as possible after I lay down their book(s).  ¶ 6/10/2006 12:47:00 PM 5 comments

Seeking Northern Berkshire County's (MA) Civil War links Author Frank E. White, who lives in Lebanon, N.J., is writing a book about the 37th Massachusetts Infantry, particularly its role in the Battle of Sailor's Creek, Va., which occured April 6, 1865. During the battle, the regiment captured two Confederate regimental flags and took as prisoner Maj. Gen. George Washington Custis Lee, the eldest son of General Robert E. Lee. White says he is "...writing a book about their heroics. I'm hoping to be able to get in contact with families in the area that have sequestered items for the last 150 years from these men. I'm looking for letters, diaries, photographs and journals that the families might share. I'm not looking to purchase the items but to print excerpts from the artifacts with their permission,". Anyone who might be able to help is encouraged to contact Mr. White by calling him collect at (973) 214-3786 or by email at frank.e.white@accenture.com  ¶ 6/10/2006 12:30:00 PM 4 comments

Broke Down In Camp Hill... Well, here I sit at the Radisson Penn Harris in Camp Hill, PA. My van decided it didn't want to go any further, so it decided it was time for a new fuel pump. I'm about 36 miles from Gettysburg, and can't even get that far. So much for attending the "Horses of Gettysburg" event in Leesburg, VA. I'll update you on my progress later. The Dodge dealer in Harrisburg (Brenner Dodge, about 4 miles away) is trying to fix it by the end of the day. Wish me luck!  ¶ 6/10/2006 11:50:00 AM 4 comments

08 June 2006
New Blog Tom Churchill, Stephen McManus, and Donald Thompson are welcomed to "Strike the Tent..." with their new blog "Touch the Elbow," a blog described by the guys in this way: "...it’s an online journal. In this case it is an easy way for the web guys of 18thMass.com and co-Authors of “The Civil War Research Guide” to communicate on a regular basis..." Visit their blog, their website, and buy their book. Thanks for making me your first link, also. I need all the help I can get...As always, permanent links to the blog and the website have been added to the right.  ¶ 6/08/2006 07:31:00 AM 5 comments 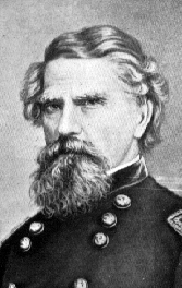 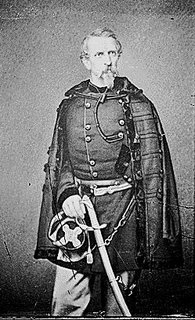